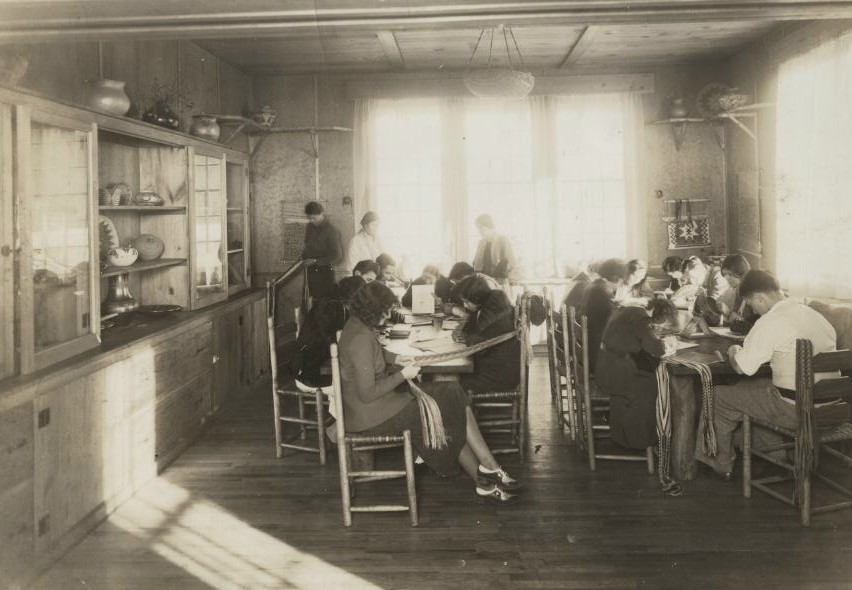 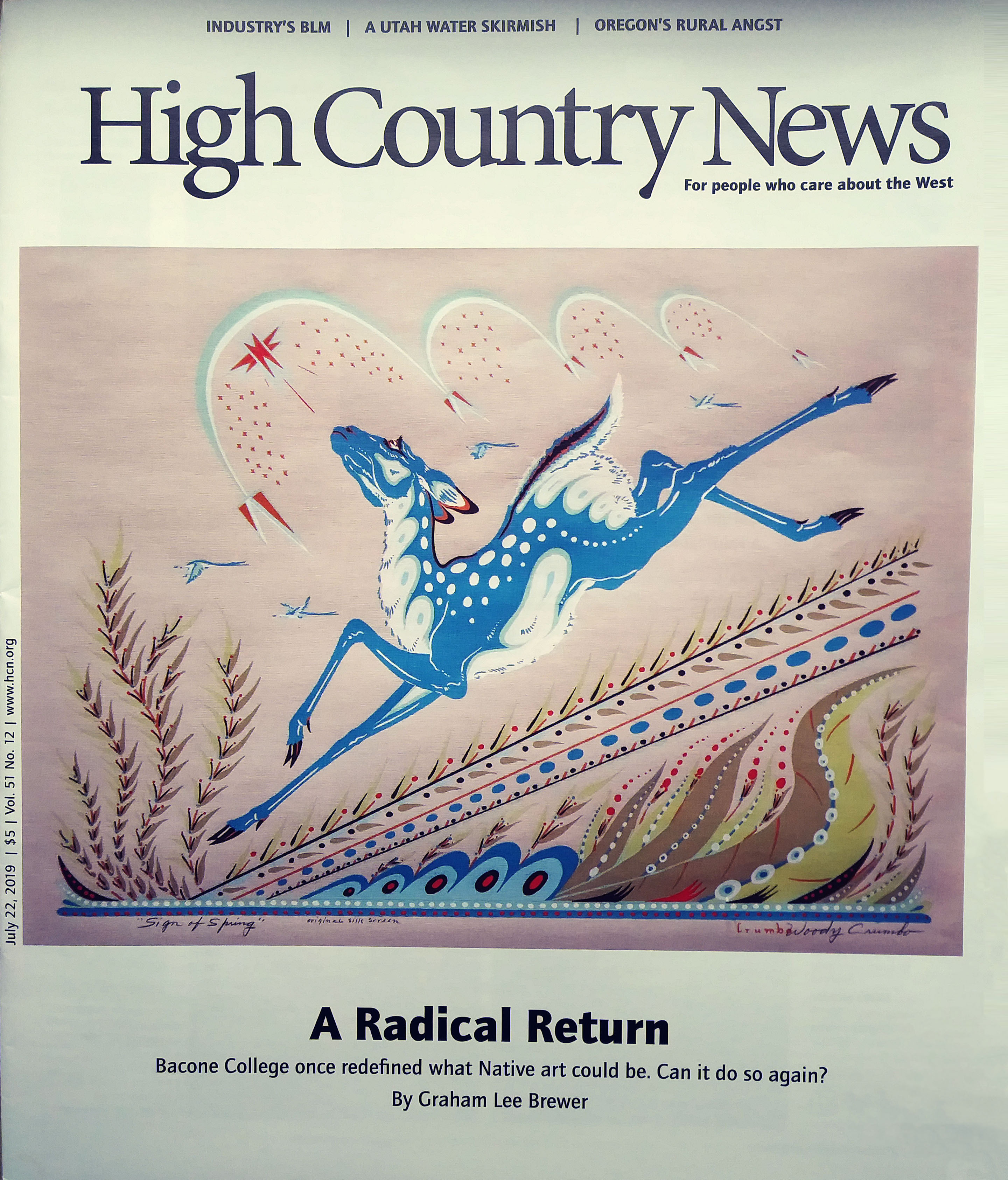 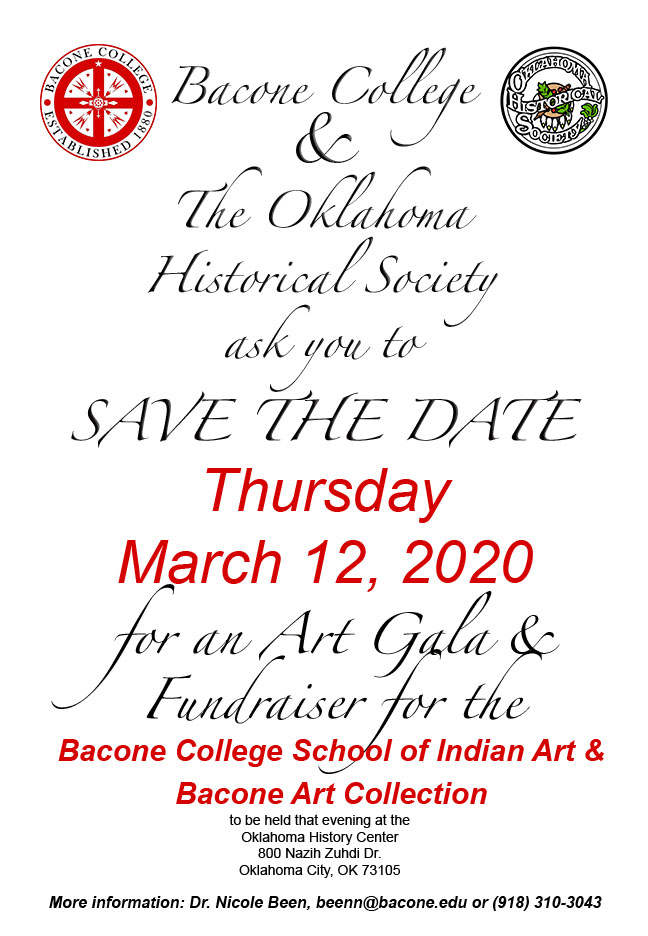 Notable Native American artist alumni include all of the previously noted art directors and artists such as Virginia Stroud, who was an art major from 1969-1970; Willard Stone, a sculptor who studied under Blue Eagle and Crumbo and won national recognition while a student at Bacone; Solomon McCombs and Enoch Kelly Haney.

Our current director is esteemed Oglala Lakota Artist Gerald Cournoyer. Cournoyer’s work has been shown in regional, national and international venues, including galleries in New Mexico, Texas, Oklahoma and Italy. As the director of the Bacone College School of Indian Art, he teaches drawing, painting and sculpture.

For Cournoyer, painting is a meditative process. The use of color in his paintings is personal. “My ancestors used color in a deep, spiritual manner,” Cournoyer, who often incorporates geometric beadwork and quillwork of his culture into his paintings, says. “Visual repetition is very important and similar to the way we sing our songs over and over in our ceremonials, bringing us closer to the Great Spirit.” 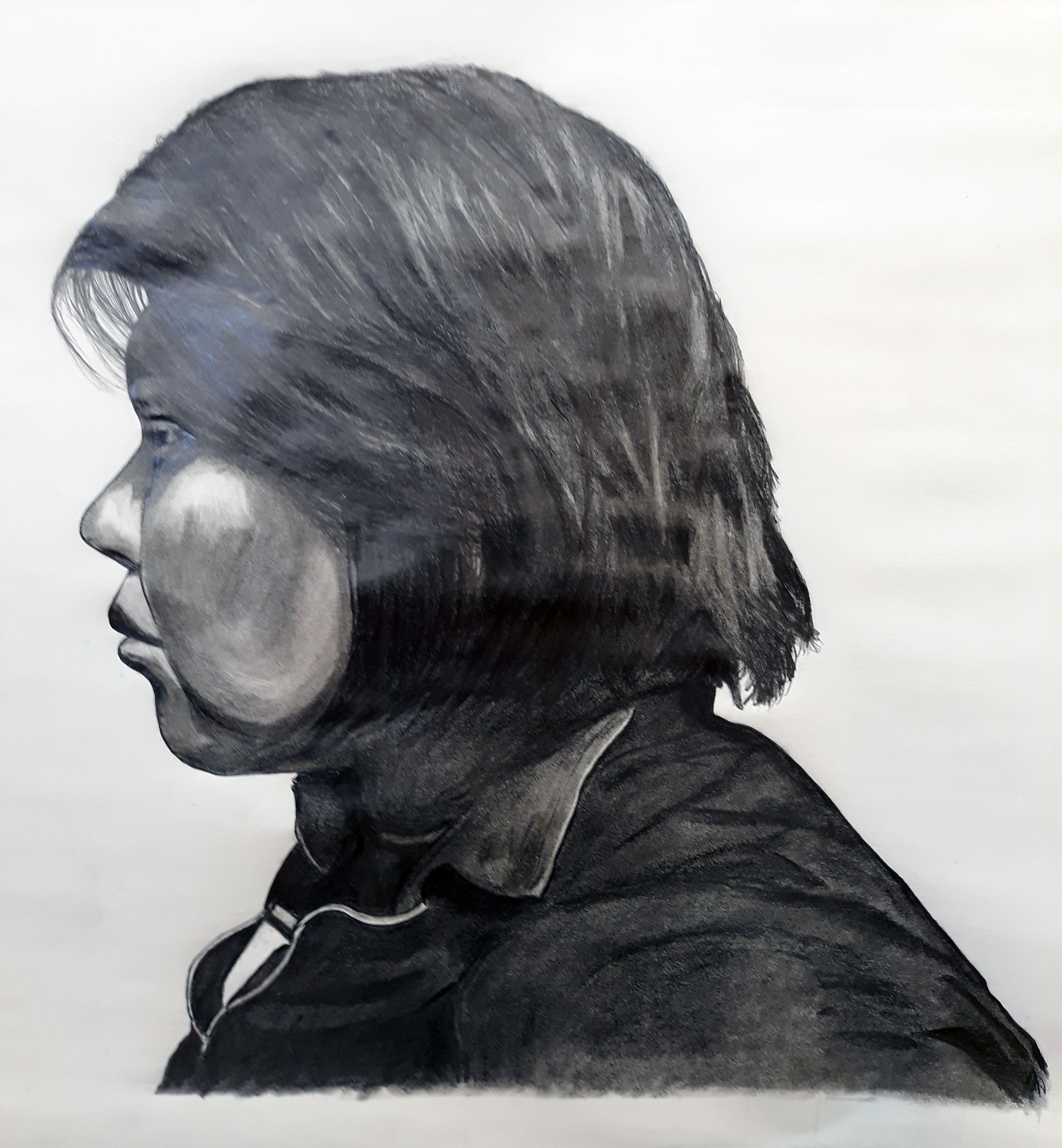 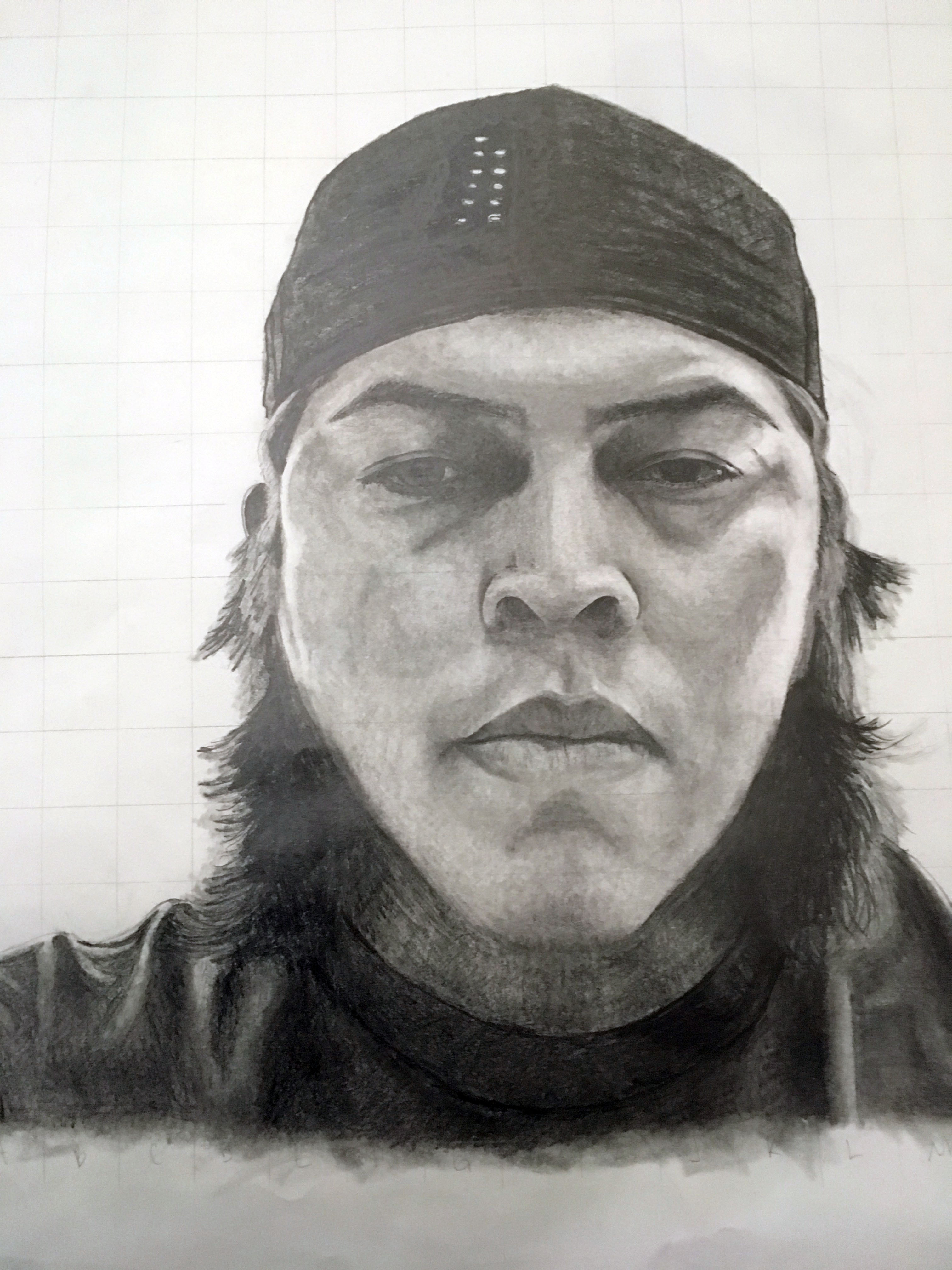 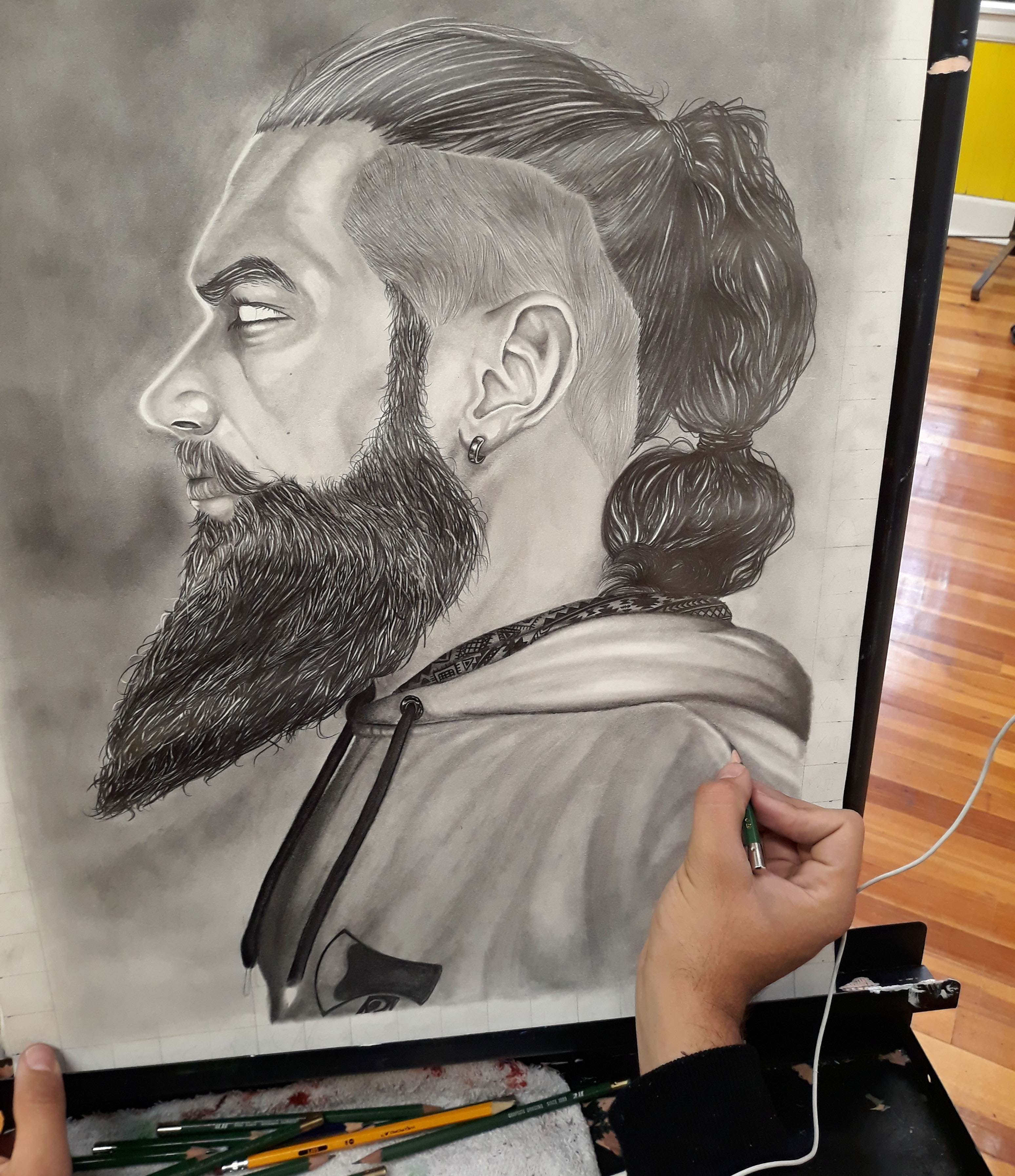